Top Posts
RIP, I am truly sorry!
Ignorant and Hopeless
I don’t deserve to see you in Heaven
I never thought abortion would be apart of...
I wish someone would have told me how...
I was only 18
Forced by Christ Clinic
Biggest regret
Pregnant at 18..
A Never Ceasing Pain
Abused and pressured to kill my child
Regret …..
Abortion Testimonials » All Testimonials » 26 years
All Testimonials 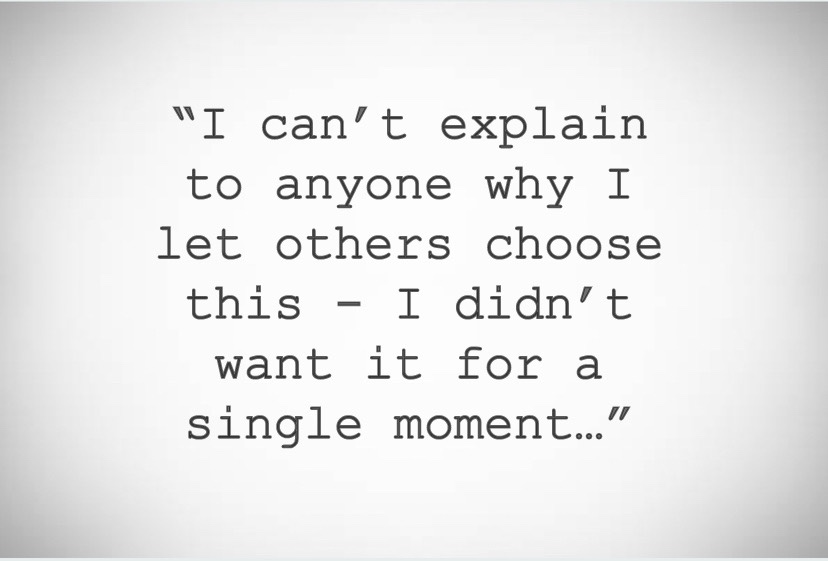 26 years ago, I thought I was probably pregnant. I was so excited. I was in college, in love, and home for the summer. I then made what was a fatal mistake – I told my mom. She tested me and I was shocked that she couldn’t be happy for me. She made my boyfriend come immediately. They both insisted on an abortion. They said it would ruin both of their lives, that I was selfish to try to keep it. Mom was too ashamed to tell our religious family what happened. Boyfriend was too young he said he couldn’t live with it. I begged them to just let me go on my own and keep it, instead they made the appointment. Three days later I had gone through with it, trying to convince myself it was for the best. But I hated them both. I nearly died from crying so much – unable to cope with the horrors and realization of death. I’ve been saved, I’ve begged God and Jesus for forgiveness. I’ve tried to forgive my family. I’ve raised children that I over indulged and feared losing every day. I was told it was just cells but I know better now. I hate myself forever for this. Jesus may have forgiven me but I’ll be damned before I ever forgive myself. I would give anything to go back and stand up for me – for my baby. I can’t explain to anyone why I let others choose this – I didn’t want it for a single moment. And not one day in 26 years has gone by that I didn’t hate them for making the appointment. How do we ever get through the stages of grief when “acceptance” just isn’t an option?

My abortion was due to my circumstances