A sin that can never be undone 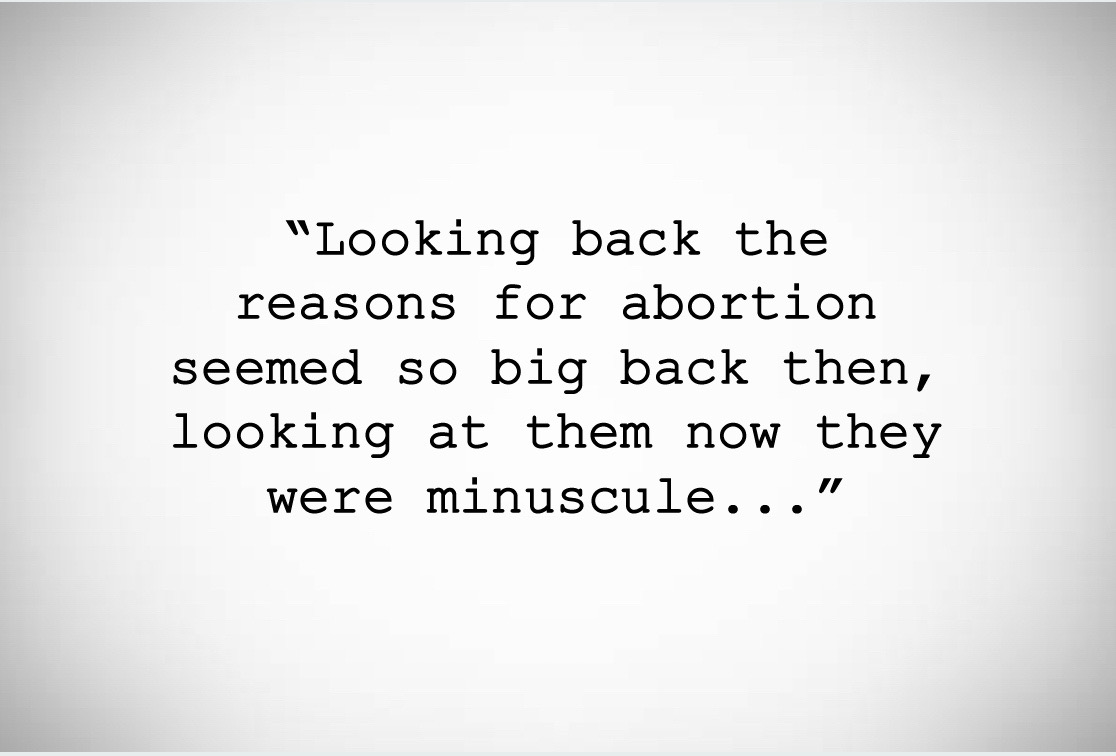 I was 26 at the time and had just begun dating my partner, we’d known each other all our lives but we’re finally becoming romantic. He was one of my first crush’s ever so for me this was a dream come true, I loved him instantly there were absolutely no doubts he was the one for me. Things took a turn for the worst 7 months later, I had missed my period and feel sick almost 10days later. We decided to get a test just to be sure, but deep down I already knew. On April 6 I found of I was pregnant, we were both terrified but abortion didn’t even cross my mind. I’d always wanted a baby, but I was terrified at how it happened. I wasn’t married, my parents & church peers would judge me, me and my partner didn’t have a stable home or even live together. My pregnancy was hard, I had terrible migraines and was losing weight due to extreme nausea. I became too weak to get out of the bed really. At this point I stated to have doubts, maybe I wasn’t ready to have a kid. I hated pregnancy, me and my boyfriend were still new, I had no idea how to be a parent. At this point I told my significant other my concerns, he then let me know he wasn’t ready to be a dad. That gave me another excuse, I was hurt but I brought up abortion just to see what he’d say. He agreed with me, out of anger hurt and fear I agreed. Throughout the process there were several times I thought to back out, till this day I don’t know why I didn’t. I wish I had, the abortion was the worst pain I’d ever experienced, not just physically but mentally knowing they were tearing my child from my womb and I was allowing it. I was numb for months after it, but after a while the pain set in. There isn’t a day that goes by that I don’t think of my child, there’s not a second I don’t regret. I beg God daily for forgiveness and a second chance. Knowing I don’t deserve it, but hoping for mercy. Looking back the reason for abortion seemed so big back then, looking at them now they were minuscule. I’d give anything to go back and get off that table. I did it to save a relationship and my “reputation”, neither of which were worth my baby. I’m 27 now, and I’m working on not forgetting but healing. God has been huge in this process. Me and my partner now have a home of our own and the only thing missing is our baby. That’s a void I know will never be filled, and a great pain with no remedy. I pray that if you’re considering abortion that you really understand not having the baby is much worse than the latter. And the reasons you have now won’t matter in the future. I wish someone would have warned me. Babies really are blessings from God and you never know why you’re receiving or what amazing things they can bring. Please give yourself and baby a chance. You won’t regret it.

Who was that girl?

I needed this story today. Thank you for sharing your experience. I can only imagine the grief.