Top Posts
RIP, I am truly sorry!
Ignorant and Hopeless
You are not alone.
I am 20 years old and I had...
My Second Abortion
words I couldn’t say to him
If you’re considering abortion please read this
Three Abortions
I feel so lost
What if…
I am pro-choice, but I regret my choice
The denial inside my mind.
Abortion Testimonials » All Testimonials » Pain in loss
All Testimonials 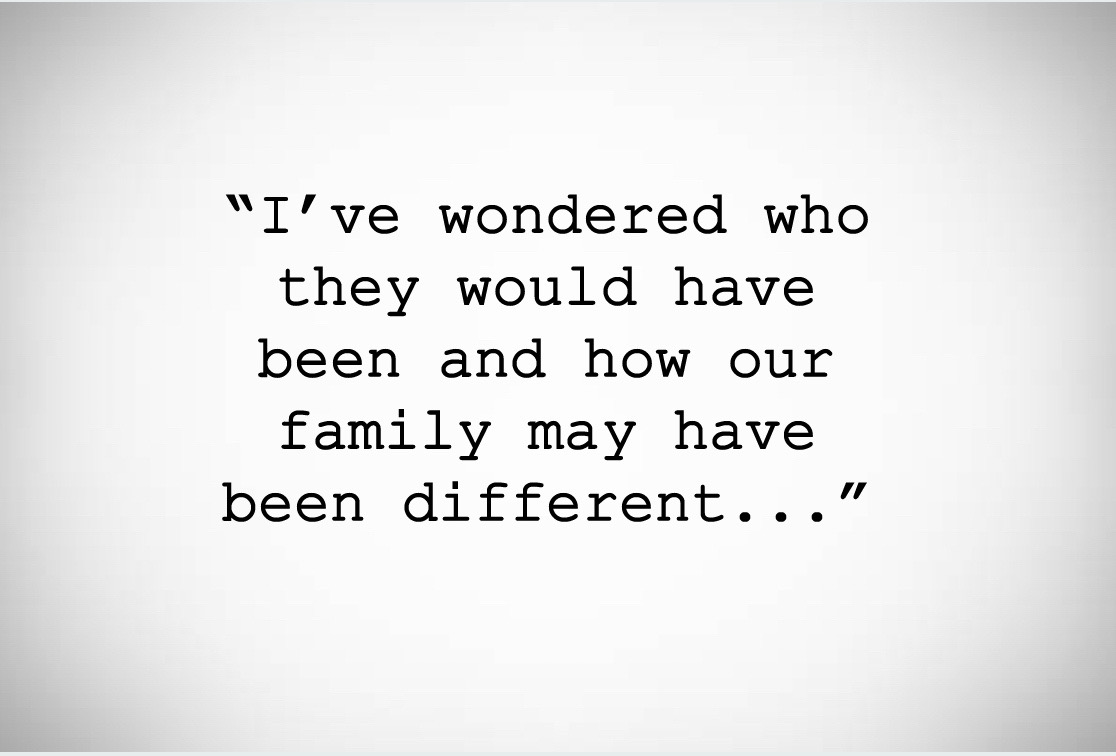 I remember I was 13 when my sister who was 15 told me she’d had an abortion. I wasn’t sure what to think or do. I knew my sister was in a relationship in secret with a much older man. Shortly after this, I told my mom that my dad had abused me and that I thought things had happened to my sister also. My moms nightmare began. They had recently separated and we learned that my sister had been the primary victim. It was painful but we did see justice with my father join to prison for 15 years. I was at an event with my mom over 10 years later and the topic of abortion came up. I told my mom about my sister and what she’d told me so long ago. My mom was able to talk with her about it. My sister said she has a lot of regrets. I also learned that my grandmother was forced my her mother to have a back alley abortion when she was 16 before she married my grandfather. It would have been their first child. My grandmama I know didn’t want it and regretted that decision. It was hard for her to get pregnant again but 6 years later they did. I also learned that my uncles first serious girlfriend had an abortion. My uncle begged her not to. He was devastated and it ruined their relationship. My uncle and mother are the only 2 survivors of 5 siblings. The two after them both had a rare disease and they died in their early teens. My uncle never did have any kids which is very sad to me. My Grandmas first, uncles first and sisters first children weren’t given the chance at life. I’ve wondered who they would have been and how our family may have been different.

I chose a man over my baby