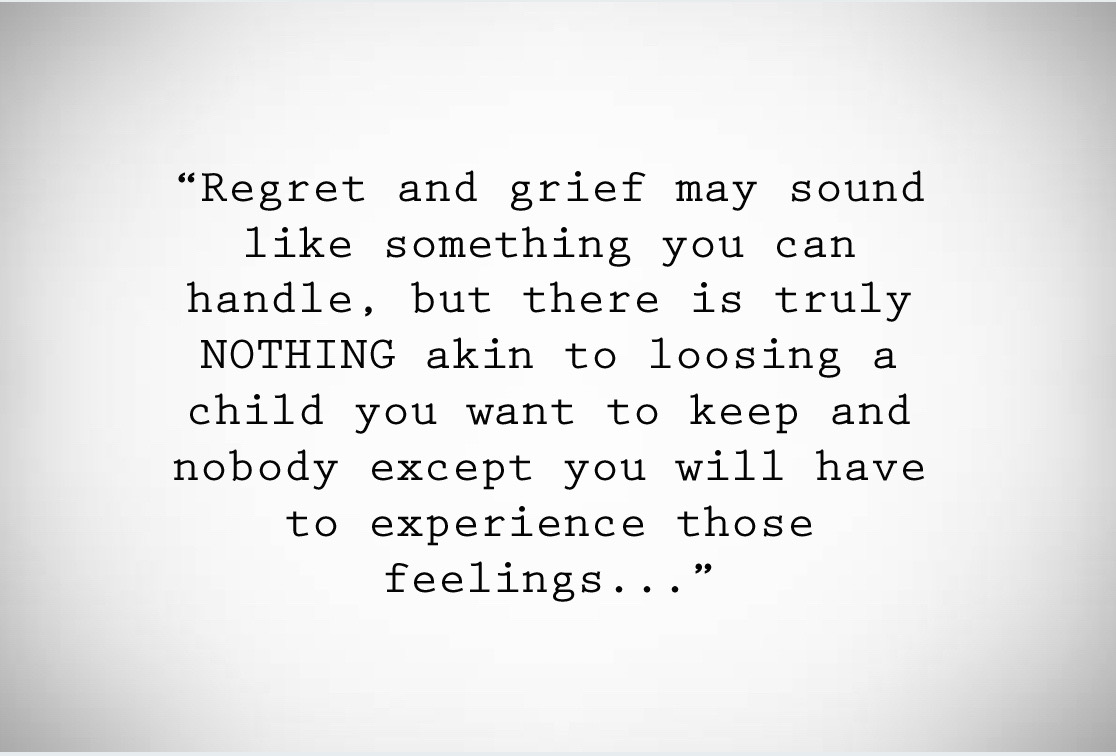 I got pregnant just before New Years’ 2000. Every year is a reminder of how old my first child would have been. I loved the father and his family dearly and had known them for years, but he was young and not ready/interested in committing to me so he skipped town and I had no way to reach him (this was before everybody had cell phones) Occasionally, he’d call me out of the blue and try and convince me to have an abortion. Meanwhile, my mother (who I was living with at the time) didn’t approve of him and didn’t consider my life together-enough to handle motherhood so she felt abortion the only reasonable option, even though I felt deeply torn. Thanks to an amazing counselor at Planned Parenthood, I came to the realization that I did feel ready to be a mother, and decided that I could make it happen, even if I had to do it on my own. I am forever grateful to this therapist for helping me to believe in myself and see that my heart really wanted the child. I cancelled my abortion and went to stay with old friends in another city. I would have probably moved forward with keeping the baby but the father showed up– this time in person, and his anxiety about the situation, coupled with my profound love for him (and desire to not “ruin his life”) plunged me again into confusion. Ultimately, I felt so ashamed about my inability to be strong and my various “attempts” to abort the child that I bowed my head in grief and shame and went through with the abortion after all. The 2 or 3 years after this event are lost in grief and regret, and I fought nearly constant suicidal feelings even though I had never had mental illness before. Any life goals I thought I would achieve by having the abortion no longer seemed important, and it took a lifetime of strength and mountains of support and resources to be able to move forward and get anything done in those years. I now consider myself healed, though I also think that a part of me never truly healed till I had another child in 2007. And even though!
I made the best of those years– traveling and going back to school, I would still take the decision back in a heartbeat. My advice to other women is… if you are considering abortion for financial reasons, or because of pressure from your parents or the father– be warned! Regret and grief may sound like something you can handle, but there is truly NOTHING akin to loosing a child you want to keep and nobody except you will have to experience those feelings. And even if only 51% of you wants to keep the child, that’s still the majority of you. Don’t let that other noisy, angry, fearful 49% drown out your heart’s desires or make you feel ashamed, because every mother feels unprepared and afraid and nobody ever feels financially ready. I believe abortion should be kept safe and legal, but I also believe that freedom of choice should include the freedom to keep your child, and nobody but the mother should be allowed to consider abortion. What a pregnant woman really needs is support for keeping her child, and re-assurance that everything will turn out fine. The fact that abortion is an option does not make it (or adoption for that matter) an easy-out solution in a culture that makes parenthood very expensive and difficult. Don’t punish yourself because of the failings of society– let’s change society instead!

I never though about my baby by myself

My Testimony after having an Abortion

Thank you for writing this and was drawn to this certain article has given me
Relief and strength again I’m
Gonna move past my regret and anger for what I did because I was scared, but I know certain I want another baby one day and hope that wish comes true.

I had an abortion 41 years ago. My mom and dad didn’t feel it was right for women to have babies out of wedlock and my mom had just gotten out of the hospital for a nervous breakdown due to alcoholism. I felt that I had no choice. I’m still heartbroken that I made that decision and still cry when I think about it which is quite often. It will always be the worst decision of my life.

Looking for resources regarding grandparents & siblings. Dealing with some P.A.S symtoms last 12 years that come out of nowhere. Taught that crying & expressing emotions are a sign of weakness. Suffering in secret.

I wish I read this before making my decision. I’ve been feeling so much regret. I have faith though that in a few years when I am ready, my little angel will come back to me in the form of another baby.

I wish I would of read this before moving forward. I am 3 days in after my abortion. I feel like depression just slapped me in my face. I’m finding it hard to see the sunshine. I don’t know if the choice I made was truly right for me now. I always wanted a third baby and two years ago I had a miscarriage. I was so devasted and had no support. I knew the regret this time was going to kill my world…fear and doubt pushed me to an even worse decisión. Now, I have to live with this the rest of my life. I’m hoping to be able to dig myself out of this hole.

My abortion weighed so heavily on me that I instantly regretted have’n it asa I was home resting & try’n to recover & my anesthesia wore off.. I immediately began cry’n & whining about how I want’d my baby back, but sadly, that was no longer an option.. I was sinking more & more with each day that pass’d & felt condemned by my God to suffer in eternity.. I just wish I had someone who could’ve educated me on what the pros & cons of abortion & what the post abortion was go’n to be like bc, I went in totally ignorant to any of those understandings & basically, chose the option bc, I had recently survived being abducted from a friend’s house by my ex boyfriend, transported to his property, held in captivity for 21 hrs or more, brutally beaten senseless & unrecognizable & severely traumatized sexually & assaulted & finally, broke free & eluded him by run’n thru the neighborhood streets naked until I was @ a local meat butchers shop..

After a carefully performed sexual assault/ rape kit, along with video imaging of the severe damage to the inside of my cervix & bottom of uterus.. told that I was pregnant & they understand how awful that could feel, b but they had to advise me that if I ever want’d to have a child to have toys child bc, the extensive amount of damage & trauma would never allow for an embryo to properly & safely attach to my uterine wall..

Needless to say, I was just lost for words & utterly shocked to learn of the pregnancy & the damage he permanently caused me as a young woman..

Thank you for your story. I had an abortion a year ago. I am still so upset about it. My husband had four kids. 2 from a previous marriage and two from me. I had a mis-hap with my pills and told him there was a chance. Well I got pregnant and his first reaction was you better call planned parenthood. I made the appointment and had to wait 3-weeks for it. I was 7 weeks. Took me 3days to take the pills. All the while not wanting to. I wanted the baby so bad. But my husband didn’t. He already had 4 kids. So he was done. He was supposed to have a vasectomy and never made the appointment. So I figure it’s his fault. But with him telling me his mind was never going to change his mind. So for the sake of my marriage and not wanting to strain us financially I chose to take the pills. I wish I hadn’t and had the baby. I wanted three of my own and I believe that everything happens for a reason. He got a vasectomy in Jan. So no more babies for me. And I’m still so upset about it and can’t seem to move on