Top Posts
RIP, I am truly sorry!
Ignorant and Hopeless
You are not alone.
I am 20 years old and I had...
My Second Abortion
words I couldn’t say to him
If you’re considering abortion please read this
Three Abortions
I feel so lost
What if…
I am pro-choice, but I regret my choice
The denial inside my mind.
Abortion Testimonials » All Testimonials » 29 Years later I still mourn my son
All Testimonials 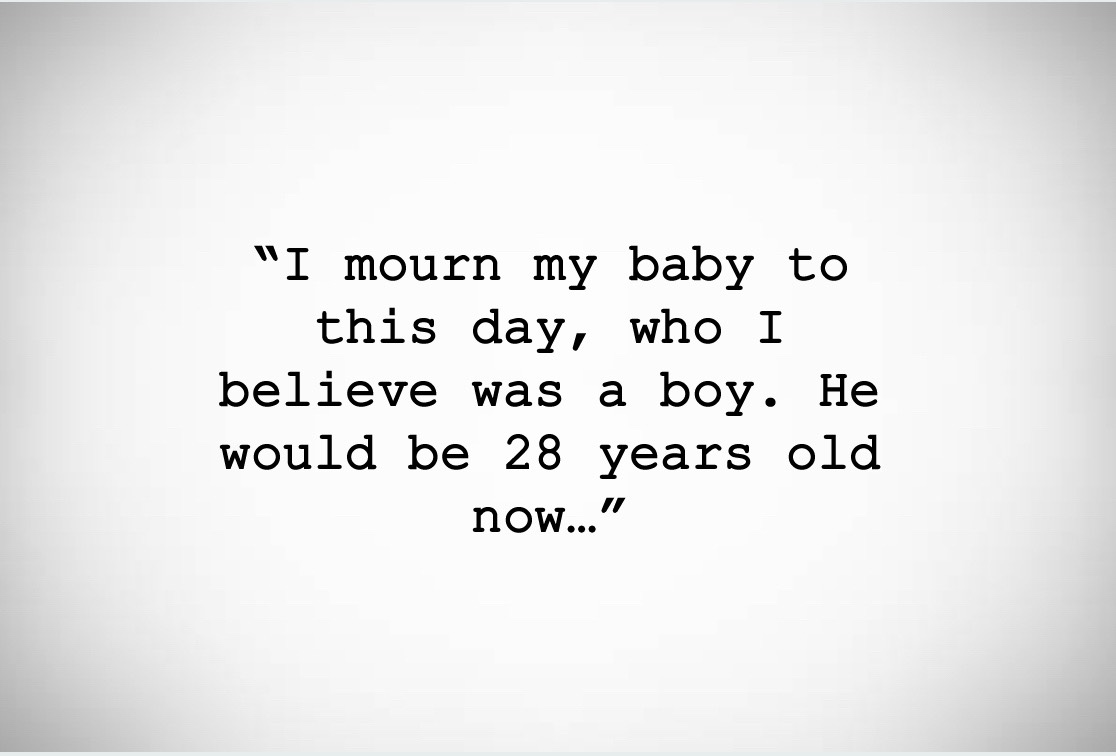 I was a senior in high school and was coerced by my mother, her husband and my boyfriend at the time to have an abortion. I had lived in an extremely physically and mentally abusive home before my mother got custody of me at the age of 15. I had suffered a lot of trauma and was on some medication for my issues. Mother told me that child wouldn’t be normal so it’d be best if I followed through. When I told her no she told me she would put me in a mental hospital if I refused and they would heavily medicate me, then I’d be forced to abort my baby. My boyfriend kept telling me it was something I just had to do and his parents could never find out. I followed through and had the procedure against my wishes. I’m my head I screamed NO! The entire time, sobbing. Later I suffered a nervous breakdown about 5 months later. I mourn my baby to this day, who I believe was a boy. He would be 28 years old now. He has several siblings and I look at my other two kids and I can’t believe what I’ve done.

I have had two abortions, and my daughter just had an abortion, and this is my story.