I spoke up asking “what if you do want to keep the baby?” 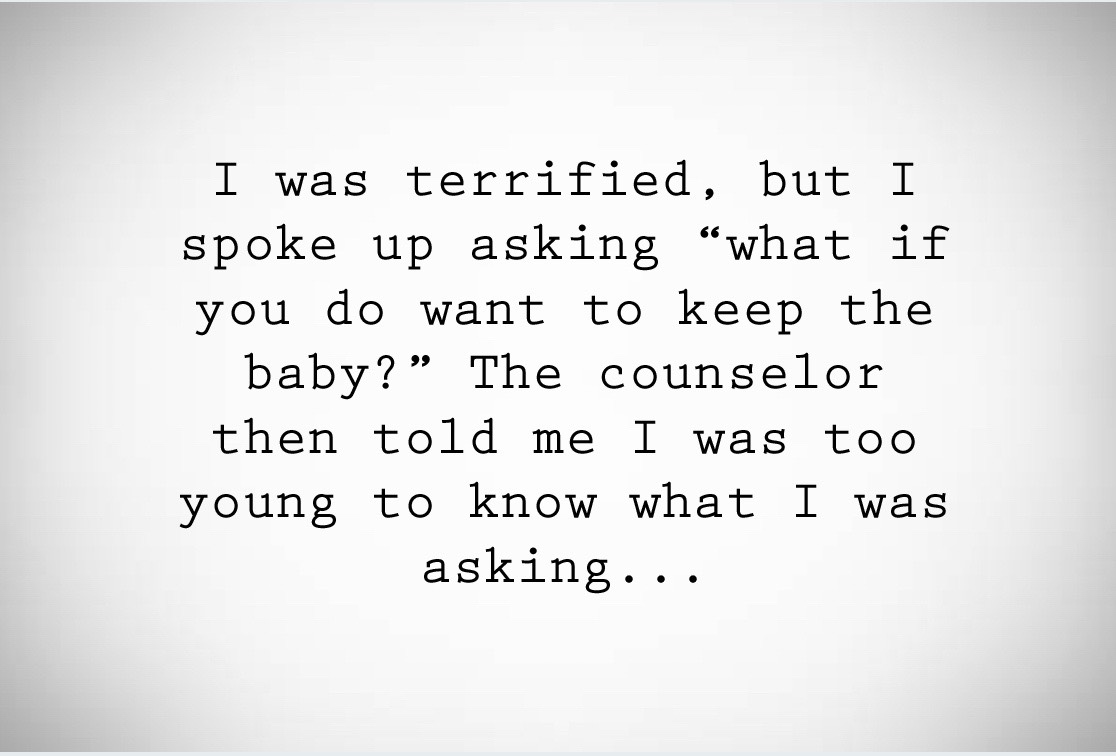 On September 11, 2000, I had an abortion. It was a forced abortion. I was 17 at the time. I had told my mom that I was pregnant 4 days prior to the abortion. Those 4 days leading up were some of the worst days of my life. My mother beat me with a telephone and forced me to take pills to try and make me miscarry. When that did not work she forced me to drink castor oil. Of course that did not work either, so she spoke with her boyfriend and they decided abortion was the best option to end the pregnancy. I was taken to a house out in the country where I was watched so I couldn’t get in touch with the baby’s father or my father. I was then taken to the clinic on a Monday. My mother, her boyfriend, as well as 2 of her other friends went. My mom wouldn’t let me speak until I was away from her. I was in a room full of women asking awful questions about sex and when they could have it again. I was terrified, but I spoke up asking “what if you do want to keep the baby?” The counselor then told me I was too young to know what I was asking. I was taken to a room with a table and my mother’s boyfriend was there. He was talking about how fast this was going. I remember because I made the comment that it took me longer to get pregnant. He seemed so pleased as I laid there crying. I was then put in a wheel chair and made to sit for a bit while the meds wore off. When I left I was given several diaper-like pads . I bled for days and had the worst cramps of my life. My mom told me it would never have survived because I was RH negative, and said that the abortion was no different than having my period. I wish I knew then what I know now. I wish someone would have been honest with me and helped me stand up for what was right.