Top Posts
RIP, I am truly sorry!
Ignorant and Hopeless
27 years ago
My mother wanted me to have a boy
20 and confused
My Twins
Let’s talk teenage pregnancy
19 Years Later…
I really didn’t know it was a baby
I felt selfish
I Had Four Surgical Abortions
Married with no excuse
Abortion Testimonials » All Testimonials » I never thought this would happen to me
All TestimonialsMen Testimonials

I never thought this would happen to me 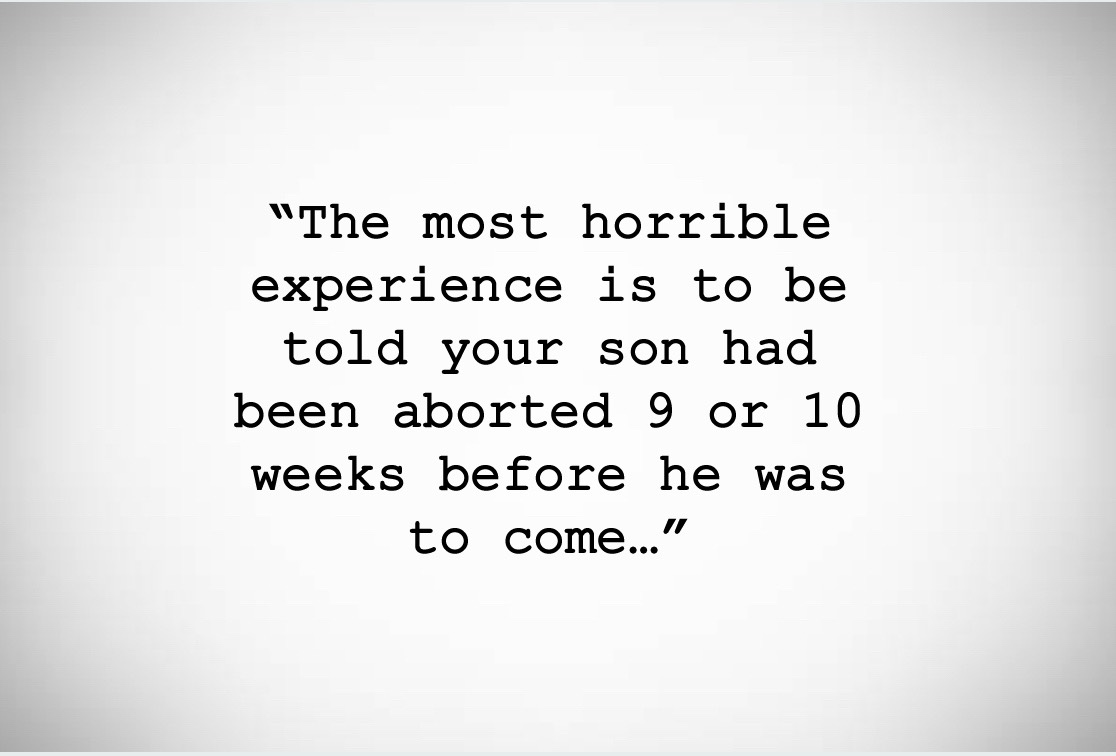 It is not terminating a problem. It’s a tragedy.

Oh my god, I am so sorry. This is my worst nightmare, imagining this happening to men (I’m a woman). I pray for strength for you and wisdom to take any action possible that you can. Your story needs to be heard by everyone.

Oh my goodness my heart aches for you. I am so sorry you have to go through this. God bless you and I hope you figure out what happened to your son.