The decision I felt I had no say in 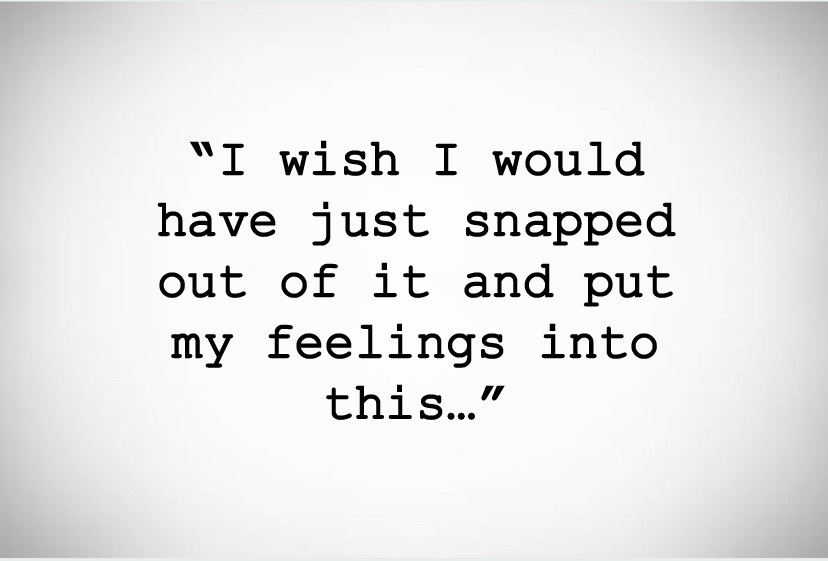 I am 26 years old and have a little boy who is about to be 5. I was single for a long time when a guy I saw time to time on social media came into my life. I can honestly say I never saw this nightmare coming. In the beginning the red flags were orange and I didn’t care what my gut told me I was going to ignore them. I fell fast with all of his words and the attention he was giving me that I was ignoring who he truly was. We started off with meeting his parents posting eachother on social media and non stop texting calling and facetimes I thought this was really the one. I soon found out that I was pregnant I was terrified to tell him but so excited I felt like it was meant to happen. He worked on the road and was barely ever home so it was only right I tell him so I FaceTimed him and decided to tell him the news and when I say my heart broke completely from his reaction I truly felt like my heart broke. His only answer was abortion. I felt so alone after that phone call which then led to him not even speaking to me for almost 2 weeks. When he finally did he tried to cover it all up with he needed space and he was sorry and tried to make up for him with saying he loved me and explained time and time again that his new job being home everyday would be hard to have a child because we do live 2 hours apart. Now I’m my head we have already talked about me picking up my life and moving so it made no sense but no matter what I said or tried to talk about him contradicting himself I was wrong. I tried to take time to think about what I really wanted and deep down I wanted to keep this baby but I felt like I was so brain washed with him saying my anxiety is to bad to have a baby he would lose everything he wanted in life if we had this baby right now and me being blindly in love I wanted him to have everything he wanted and never even cared about my own feelings. After crying to him time and time again about how horrible I felt about going through with it he didn’t care he always made me feel like my life at the moment wasn’t fit for a baby and his life would be over if we had the baby. I called and made the appointment went through so many test and so much paperwork and all of a sudden he was supportive promising to be there for me through it all promising to help with my son and how amazing our life was going to be after this was all over. The day I had to get the procedure he was out of state and had no choice but to do it alone and still he promised to be there after well after guess what I was by myself he didn’t call he sent a message here and there and instead of helping me he decided to do what he wanted. Two days later after the abortion I was laying on the couch in pain crying and feeling so empty bleeding uncontrollably I knew something wasn’t right I called 911 and was taken back to the hospital just to find out I was hemorrhaging and they hadn’t removed everything and had to them go under another DandC all alone he could of been there but chose to go to a race he didn’t care I basically saved his life by doing what I will never forgive myself for. Laying there on that operating table knowing I had to go through it again I knew I would never be the same. And it’s true I’m not and never will be I hate myself for doing the abortion I did it for him on false promises and feeling guilt when I wish I would have just snapped out of it and put my feelings into this. He hasn’t spoke to me since and I’m left grieving a decision I have made in the best interest of someone else. Today his mother had asked me what was going on and I can’t even tell her that the one thing she wanted the most I took from her and myself. My heart is absolutely broken I want to tell her so bad but he made me promise not to tell her and yes u may think screw him tell her I can not break her heart and have her feel the way I do. She thinks her son just moved on and has not even the smallest clue of what really happened. Please if you take anything from this please take ur feelings into account and if he doesn’t want to be there and threatens to not be there like he did to me your strong enough to do it on your own.

If I had to do it all over again, I would choose differently

Stronger than you think