Top Posts
RIP, I am truly sorry!
Ignorant and Hopeless
You are not alone.
I am 20 years old and I had...
My Second Abortion
words I couldn’t say to him
If you’re considering abortion please read this
Three Abortions
I feel so lost
What if…
I am pro-choice, but I regret my choice
The denial inside my mind.
Abortion Testimonials » All Testimonials » Felt like a heavy burden
All Testimonials 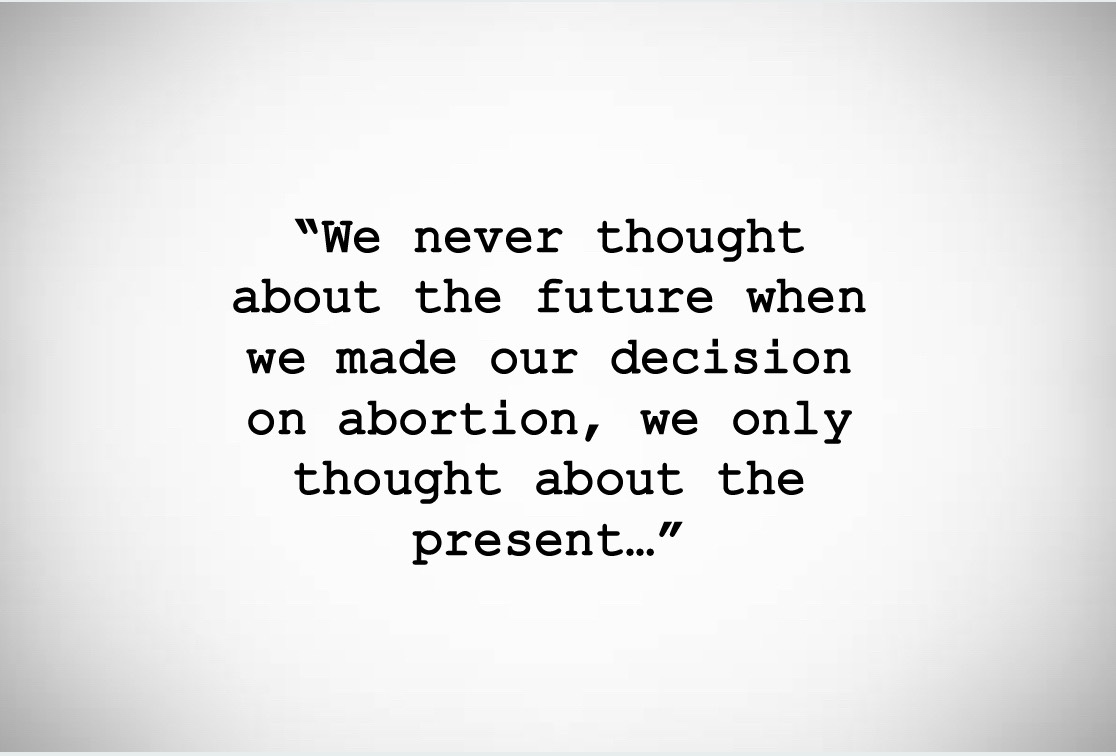 I am gaining some courage as I try to write this. My husband and I have been married for nearly 3 years, and we have a daughter who will be 3 next month, but we should have another child in this house right now. We found ourselves pregnant with our second child last year, but 2020 wasn’t nice to either of us, and this pregnancy became a burden pretty fast. I know that abortion was on both our minds from the start, but neither of had the courage on saying it. We had an ultrasound appointment on a Tuesday morning, but before I got out of bed I told my husband that I don’t want to see this ultrasound if we don’t plan on keeping it. We both agreed, and we both cried, but we both knew it was best. I had a surgical abortion on July 22, 2020, one year ago today. And now am I asking myself WHY I made such a terrible choice? Our second child should be 5 months right now, but we got rid of it. And what hurts the most is that EVERYTHING about our lives is back to normal, it’s almost like 2020 didn’t happen. We never thought about the future when we made our decision on abortion, we only thought about the present. We would have been okay, but at the time this second child felt like a heavy burden that was going to make everything worse. I know my baby is in Heaven, and that is the only good thing I can say out of all of this.

Decision that eats at my soul