Top Posts
RIP, I am truly sorry!
Ignorant and Hopeless
I didn’t want to leave him so I...
Forever Regretful – but also Hopeful.
he made me feel as if the pregnancy...
Lord forgive those who did not know….
Mariah
Lynn
Jessica
Mother of the Son
No one else cares after- they don’t want...
Haunting Grief
Abortion Testimonials » All Testimonials » I regret it everyday
All Testimonials

I regret it everyday 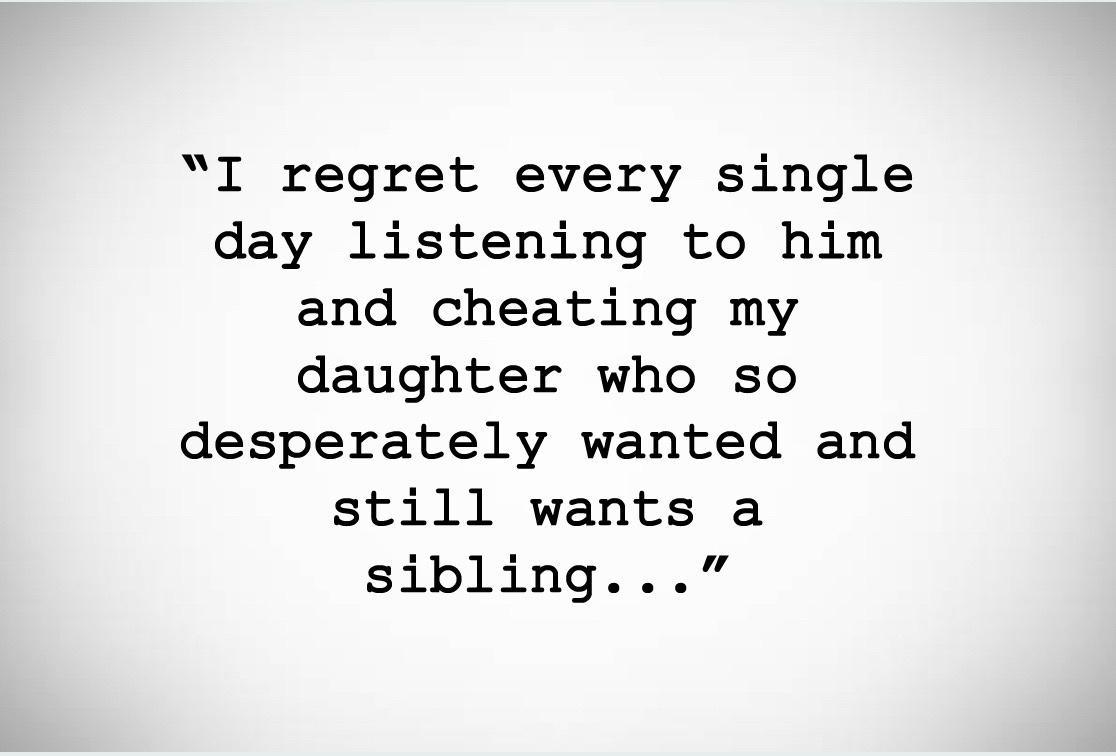 I wanted a 3rd child badly and my partner agreed. I am a high risk pregnancy due to medication and my doctor called my ex and said that he would have to help and he agreed. 2 weeks after suffering alone with my daughters he told me to abort that he couldn’t help he was “ too busy “ with work. I was devastated and cried in his arms. I begged him to not have a child with someone else and I don’t know why I was even saying it but I did and he assured me that he would never. Basically I learned later after being blamed and guilted by him for listening and having the abortion, he was seeing someone at the time and got her pregnant less than 2 months later. I found out about the child but didn’t know the time line and was blamed for it because I wasn’t speaking to him and he was tricked. It was just sex. Well it was all lies for over a year. He lied to both of us. Denied even being with me to her and was dating her and calling her his girlfriend. He couldn’t help me because he was busy screwing around with someone else and he couldn’t even use protection. We never broke up and he never stopped sleeping with me. My daughter wanted a sibling so badly and he couldn’t help me and be here with us but could get someone else pregnant and lie and hide it. He doesn’t even recognize the child as his own child and the whole town knows. I blamed myself because I couldn’t do it without help and he was “too busy” with work. I am so upset that I listened and didn’t push through it. I have never even had the strength to completely walk away because he is a master manipulator and makes me feel like I can’t make it without him but he clearly uses me and my daughter when he is lonely and plays family but keeps his apartment and is constantly caught lying. I know that he isn’t capable of the love I so desperately wanted from him and I have to move on. Fear has kept me stuck and his lies. I met a great guy and moved on but was sucked back in with his bull promises. I know that he doesn’t know what real love is and I regret every single day listening to him and cheating my daughter who so desperately wanted and still wants a sibling and she’s 9. I don’t know why but I am stuck and stupid and I hate myself for devoting so much time to him

I didn’t get the response I wanted from him

he made me feel as if the pregnancy...

Lord forgive those who did not know….

Mother of the Son

No one else cares after- they don’t want...