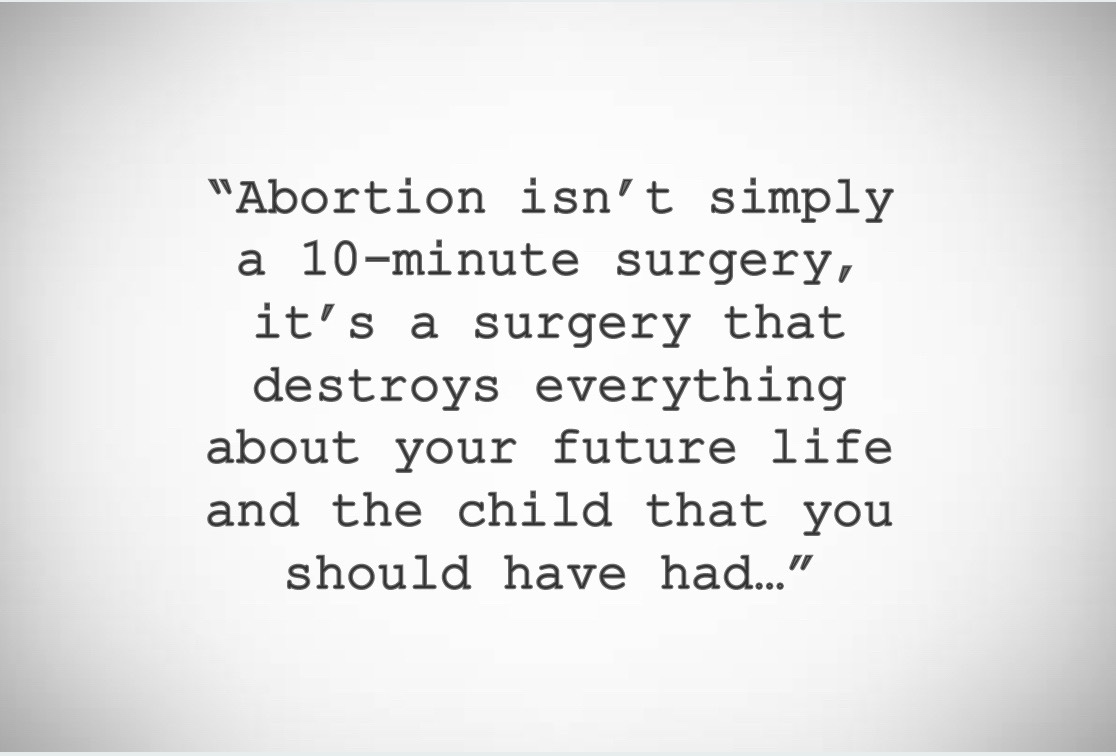 I wish I found this site or a site like this a couple years ago. I had an abortion on September 1, 2019. I had just turned 21 years old, and my boyfriend really didn’t want to have a baby but I was kind of 50/50 on what I wanted to do. I found a place online where I could talk openly about my pregnancy, and most of the women responded by telling me that it’s either 18 years of taking care of a child or a 10-minute procedure. The site was pro-choice, but I think 80% of the women on their were for abortion. I did cancel my first appointment as I really wasn’t sure how I was going to feel afterwards, but I did keep the second appointment and went ahead with the surgical abortion. Two years later and I still regret it and I still occasionally cry about it. Right now I am on a mini vacation out here at Yosemite National Park, and all I can see as I’m walking around are pregnant women and babies and children. I tend to look at most women wondering if they have done the same thing I have done, wondering if I should feel sorry for them as well. They say it’s one in three women who have an abortion, so I must have passed by 30 women who had one. There is always going to be something about me that will be missing, and I will always know what that is. Abortion isn’t simply a 10-minute surgery, it’s a surgery that destroys everything about your future life and the child that you should have had. That’s what I believe. I’ll never do it again, that much I do know.

It is not terminating a problem. It’s a tragedy.