Top Posts
RIP, I am truly sorry!
Ignorant and Hopeless
You are not alone.
I am 20 years old and I had...
My Second Abortion
words I couldn’t say to him
If you’re considering abortion please read this
Three Abortions
I feel so lost
What if…
I am pro-choice, but I regret my choice
The denial inside my mind.
Abortion Testimonials » All Testimonials » A guy’s perspective
All TestimonialsMen Testimonials 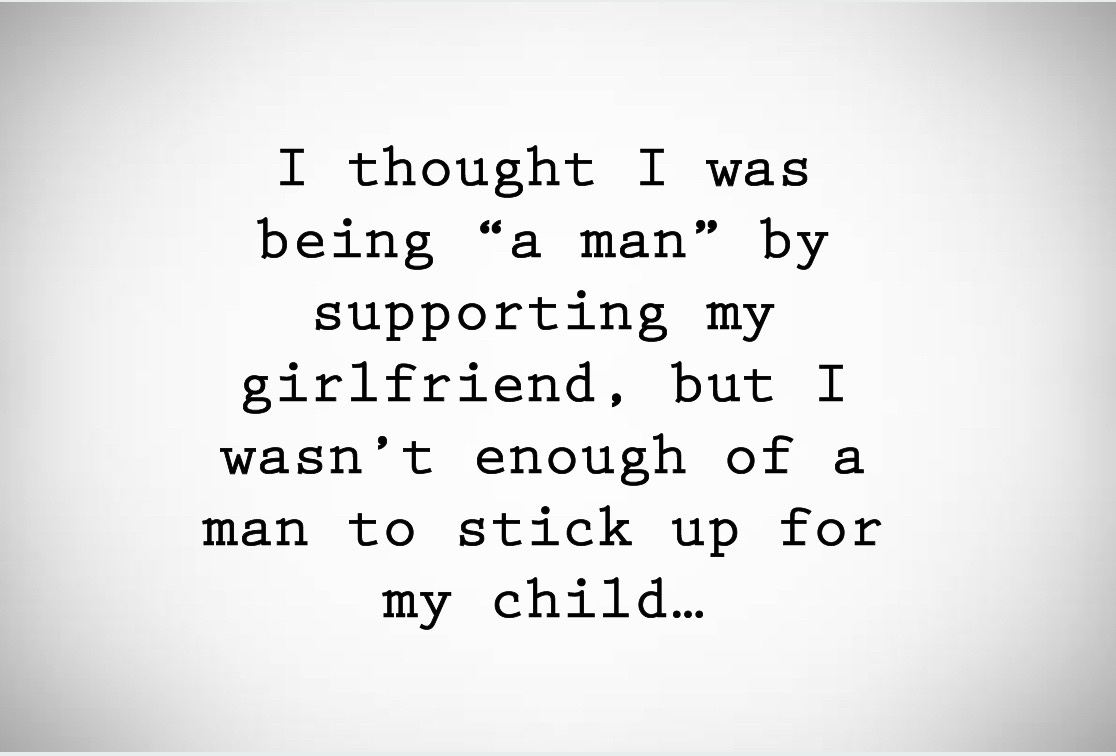 I got my girlfriend pregnant about 10 years ago. I didn’t want her to have the abortion, but she decided to. I was in love with her, and had always heard the arguments that the guy should stay out of the decision making because it’s the woman’s body and her choice. So I wanted to be a supportive boyfriend so I went with her. I knew what we were about to do was wrong. I could tell there was a new, beautiful life inside her because she was just absolutely glowing. She’d always been gorgeous but once she was pregnant she got 100x more beautiful. I knew there was a life inside her. When we got to the abortion clinic, my conscience was screaming at me the whole time. I felt like a nazi guard silently watching as innocent people were led to the gas chamber. I didn’t put up a fight, or protest. I just sat there and silently let my child be murdered. I thought I was being “a man” by supporting my girlfriend, but I wasn’t enough of a man to stick up for my child. As we left the clinic, I knew I’d helped support a murder. None of the pro-abortion arguments I’d held onto were enough to quiet my conscience. From that day on, my baby’s blood cried against me from the ground. The sky was always grey. No matter what good thing happened to me I couldn’t enjoy it, because I knew what I’d done. I started doing anything and everything I could, just to try to feel happy again for a few hours. I’d have sex with anyone I could find, just to feel alive for a few minutes. I’d drink a LOT and crank up the music and lose myself in it and pass out unconscious. That was the only thing that stopped my conscience’s pain. Every day I woke up I wanted to be dead. I so desperately wanted to be dead, but wasn’t brave enough to kill myself. But I was already completely dead inside. I became so full of hate for myself that I was just a walking rotten corpse of a person, holding nothing but anger and hatred. Any little thing that would kinda stress someone out would cause me to go into a huge rage and it would take everything I had not to beat someone up for doing something minor like being 2 minutes late to an appointment. Eventually all this anger and sex led me to lose the woman I’d done this for. Then I lost my job because I was being so nasty to people. I got another job but I’d spend every penny I had on dates and alcohol because I couldn’t live with myself. Finally, after about 8 years of living the most hellish existence I could ever, or never, have imagined, I couldn’t take it anymore. I couldn’t kill myself but I couldn’t live with the monster I’d become. I cried out to Jesus to forgive me, and I surrendered to Him. I told Him I’d do anything He asked, I just couldn’t live like this anymore. As soon as I said that, I was INSTANTLY washed clean inside. In one second I’d gone from a rotting corpse, to being as clean as a sparkling mountain lake. I was surrounded by a peace I didn’t know existed, and I was finally alive. That was about 2 years ago, and now I can look at myself in a mirror again, or look someone in the eyes when I shake their hand. Abortion will absolutely destroy your life, but Jesus will give you His.

I will always remember the sound