Top Posts
RIP, I am truly sorry!
Ignorant and Hopeless
I don’t deserve to see you in Heaven
I never thought abortion would be apart of...
I wish someone would have told me how...
I was only 18
Forced by Christ Clinic
Biggest regret
Pregnant at 18..
A Never Ceasing Pain
Abused and pressured to kill my child
Regret …..
Abortion Testimonials » All Testimonials » My father had a huge impact on my decision to abort
All Testimonials

My father had a huge impact on my decision to abort 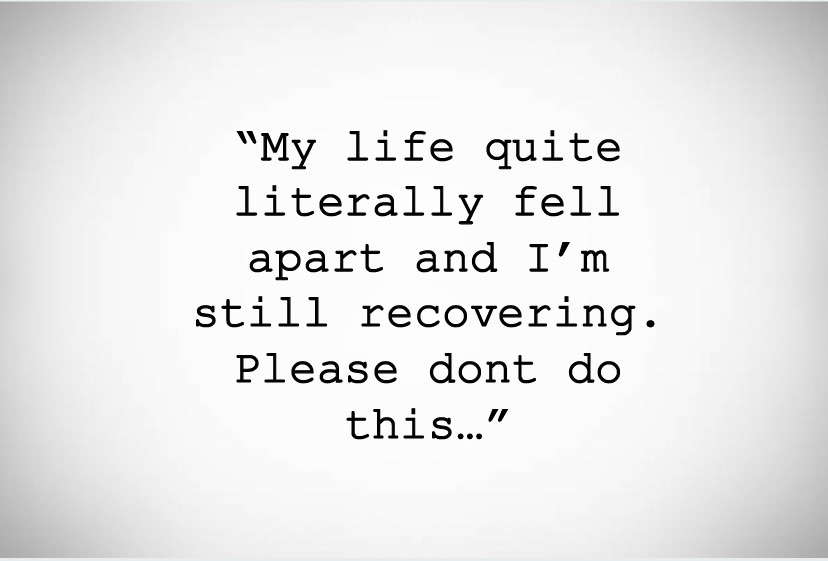 I was 27 when I found out I was pregnant. My husband and I had just gotten married two months before. We had talked about waiting for a few years after we got married before talking about having children. But when I took the pregnancy test before I went to work one morning it was like my world came crashing down. Backstory I’m an aunt to 16 so all my life I’ve been designated babysitter and I had decided early on that i would never have children. Mainly because I didnt think I could be a good mother due to how I was treated as a child. But I was willing to consider it with my husband. My father was in my life when it was convenient to him and everything he did for me came with strings attached. The reason I’m saying all this is because my father had a huge impact on my decision to abort. A few months before my wedding after begging him to show up he told me he never wanted me and to have a nice life. The moment I found out I was pregnant I was terrified and angry. The only thought running through my head was how I was going to ruin my child’s life the same way my own childhood had been ruined by my father. All the childhood trauma came back in that one moment and I was convinced I had no other choice. We had the abortion the next week. That night when I got home I was having the worst abdominal pain in my life and my husband called the ambulance. Turns out during the procedure they had slightly nicked my uterus. I had free air flowing into my abdomen causing the pain. It’s been three years and to this day I regret it. I wish I had gone to therapy to deal with my childhood trauma sooner. My life quite literally fell apart and I’m still recovering. Please dont do this. That’s a life growing inside of you no matter what anyone may say. No one at the clinic counseled me outside of telling me about the procedure and the risks. No one really talked to me to see if I needed to talk to someone or recommend a therapist. At the time I needed counseling, a safe space to talk and cry, to express years of abuse. Not an abortion. Please reconsider if you’re thinking about doing this. This is a pain I’m not sure I’ll ever recover from.

Been there done that