Top Posts
RIP, I am truly sorry!
Ignorant and Hopeless
27 years ago
My mother wanted me to have a boy
20 and confused
My Twins
Let’s talk teenage pregnancy
19 Years Later…
I really didn’t know it was a baby
I felt selfish
I Had Four Surgical Abortions
Married with no excuse
Abortion Testimonials » All Testimonials » GrandDad
All TestimonialsMen Testimonials 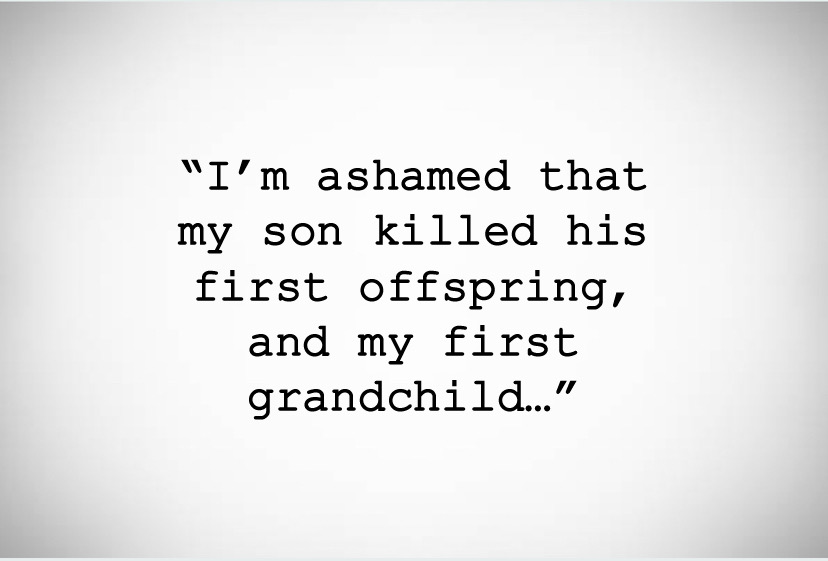 My 30-year-old son told me that his girlfriend of 6 years is pregnant. They are a very unstable couple. The girl has a child from a previous relationship, and gave up custody to the paternal grandparents. Knowing the situation, my wife and I realized that some of this burden would fall on us. We encouraged them to keep the baby. We reassured them that we would help in every way. My son pressured her to get an abortion. I told him, “I don’t want you to live with guilt, but I want you to be the kind of person that does feel guilt.” They killed that baby, and they both felt terrible guilt. 9 months later, they are pregnant again, and they are not going to kill it. Terminating that pregnancy achieved nothing but death and guilt. I’m ashamed that my son killed his first offspring, and my first grandchild.

Letting my boyfriend talk me into getting an abortion