Top Posts
RIP, I am truly sorry!
Ignorant and Hopeless
27 years ago
My mother wanted me to have a boy
20 and confused
My Twins
Let’s talk teenage pregnancy
19 Years Later…
I really didn’t know it was a baby
I felt selfish
I Had Four Surgical Abortions
Married with no excuse
Abortion Testimonials » Men Testimonials » Missing Moon
All TestimonialsMen Testimonials 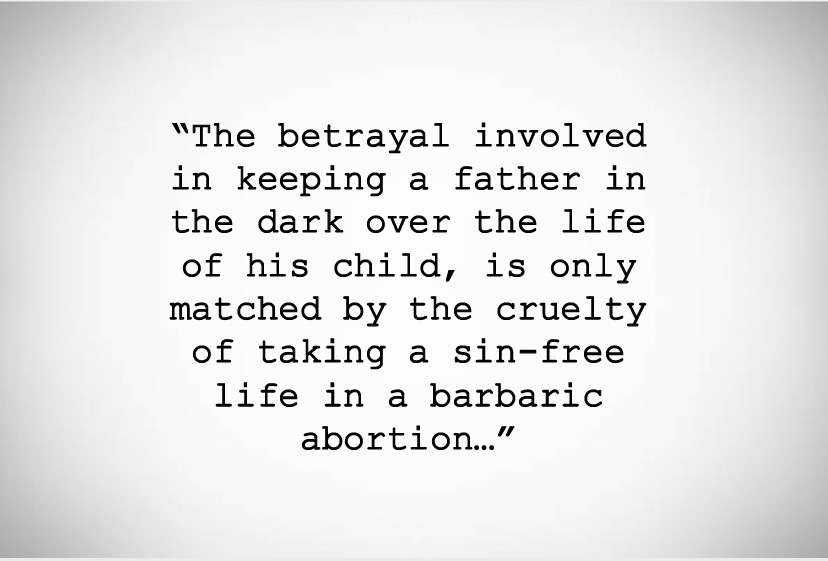 My son was killed on December 3rd, 2021. He was 20 weeks, fully formed and just a few weeks from being able to survive outside of the womb of his mother. His name was Moon. I was not informed by my partner she intended to kill our son. I wasn’t even told of his death for 11 days. I was clueless. As a father of five other children, they are my life. Three are grown and successful and I was so eager to meet me son. I will never understand. There were no obstacles at all to allowing him to live. Moon was never able to see this world, to feel my touch, and my grief is beyond imagination. Fathers are deeply impacted by abortion — I would argue even more so when they are not even given an opportunity to plead for the life of their child. The betrayal involved in keeping a father in the dark over the life of his child, is only matched by the cruelty of taking a sin-free life in a barbaric abortion. It is so tragic and Moon is lost forever.

Manipulated into abortion by my boyfriend.