“I buried the feelings with the experience…” 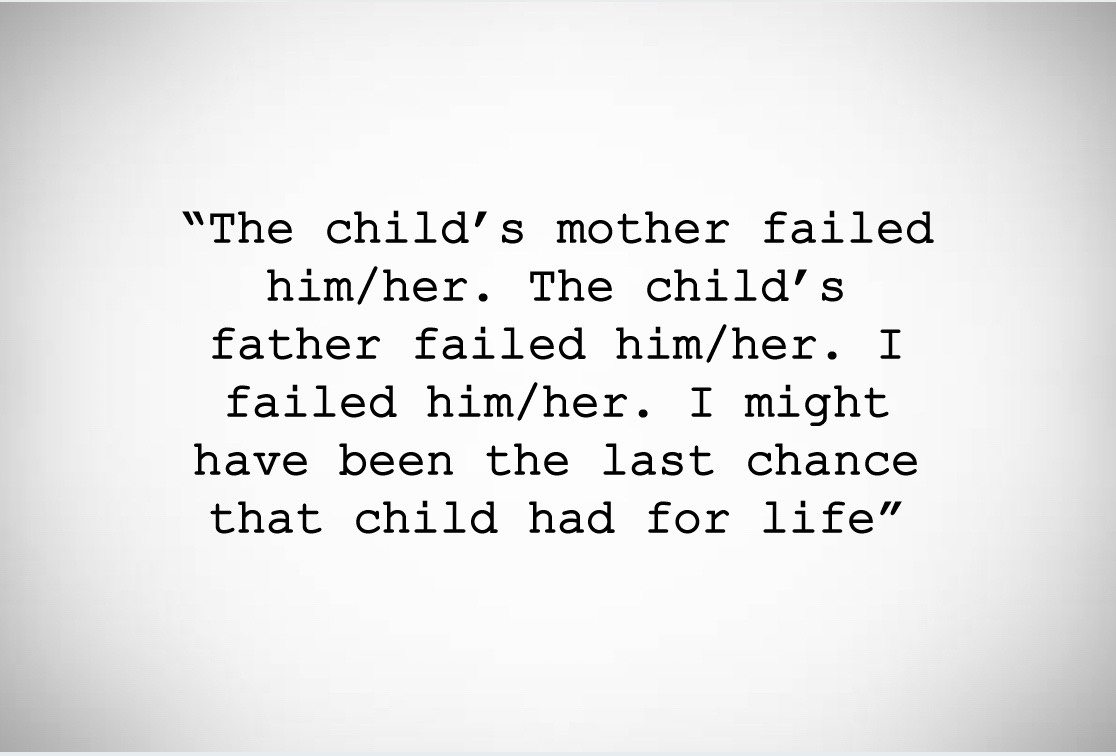 It all happened so fast and so unexpectedly during my junior year of college: a new relationship with a young woman, an illness which turned out to be the morning sickness of a pregnancy, and a hasty abortion which had a dramatic effect on both our lives. No matter how difficult or painful an experience or situation is, God always manages to bring something good out of it. In this particular case, He taught me several valuable lessons about what it is to be a Catholic.

Though Sharon and I had not known each other for very long, we quickly developed deep feelings for one another. Apparently, neither I nor my feelings for Sharon were strong enough for what happened early on in our relationship. When she needed me most, I was unable to come through for her.

For almost a week, Sharon had been waking up with nausea and vomiting periodically throughout the day. We were both perplexed and worried because neither of us knew why this was happening to her and it didn’t seem to be getting any better. So on a Thursday, Sharon went home to see a doctor and find out why she was getting sick all the time.

In the early hours of the next day I was shocked to learn the cause of Sharon’s nausea. She was pregnant with her ex-boyfriend’s child. I was even more shocked to learn what she intended to do about it; she and her ex-boyfriend had made an appointment to abort the unborn child for that very afternoon. He was going to take her to the clinic and pay for the abortion. After telling me her reasons for having the abortion, she asked me what I thought she should do.

Its four in the morning, and my girlfriend of a couple weeks has just informed me that she’s pregnant with her ex-boyfriend’s child and she’s having an abortion in less than twelve hours. Now she wants to know what I think she should do.

Unfortunately, I was not up to the task. Like many people out there, I personally found abortion abhorrent but hid behind the shield of “it’s your body-, it’s your choice.” Though I went to Mass and tried to be a good Catholic, I did not completely subscribe to my Church’s teaching on abortion. I was against abortion but not against a woman’s choice, or so-called “right,” to have one. I was anti-abortion but not pro-life. So when Sharon asked me if she should have the abortion, I replied with words to the effect of “its not my body or my child and I don’t have the right to tell you what to do with either of them.” I replied with these words even though I knew that she was morally wrong to abort her unborn child. I remained silent because I mistakenly believed that I did not have the right to tell her what to do with her unborn child.

Though I had ample time to tell Sharon to reconsider this hasty decision to abort her child, I remained silent. Early Friday evening she called me to tell me she had had the abortion. Silence is said to be golden but in this case it proved fatal to both Sharon’s unborn child and our relationship.

When Sharon returned to college a few days later, our whole relationship had changed dramatically. I would never feel the same way about her or us or myself again. I never told her that I was appalled at her having an abortion, even on the few occasions when she asked me. I remained silent again and again. To this day, I have no idea how the abortion affected her emotionally because we never spoke about it. As I became more appalled at what she had done and what I had not said, my feelings for her went away.

Sharon went home at the semester’s end and didn’t return to our college. I only saw her one more time after she dropped out. By that time, my feelings for her had all but evaporated. I told her that I did not want to have a long distance relationship. That reason was partially true. The other reason, which I did not tell her, was that I no longer cared for her because of the abortion.

A year went by and I managed to get on with my life. I buried the feelings associated with the experience deep inside. I had relationships with other women and thought that I had put Sharon’s abortion behind me. I was wrong because I had not adequately dealt with it. Eventually, the guilt and pain of Sharon’s abortion resurfaced.

Fortunately, this time I did turn to God for help. With the help of a priest-friend, I was able to deal with the emotional pain and guilt of Sharon’s abortion. Through him, God helped to heal me of these wounds and to choose sides in this struggle between life and death. I have come to accept and embrace my Church’s teachings on every person’s right to fife. As I learned, you cannot be for life and be for a woman’s “right” to choose the death of her unborn child.

As part of the healing process and to make amends for my past silence, I began participating in pro-life events. My first March for Life in Washington was a tremendous experience for me in that I was able to do penance for my past silence by marching for the rights of the unborn. I have since participated in two more marches and several other pro-life events held in my diocese. I also spoke about my experiences at a retreat led by my priest-friend. These events have given me an opportunity to speak out for life and not remain silent. In addition, I frequently pray for Sharon that she will seek God’s forgiveness and healing for having aborted her unborn child.

I learned the hard way that abortion doesn’t just kill the baby in the womb. The forceps and other tools which tear apart the unborn child also tear apart the hearts and souls of the mother, the father, the friend, the brother, the sister and so on. It wounds every person who cares for that mother who aborts her unborn child. An abortion has a ripple effect of pain upon everyone involved.

One of the most important lessons that God taught me through this ordeal was that I not only have a right to speak out for life and against abortion, but as a Catholic, I have an obligation to do so as well. Not only did I have the right to tell Sharon she shouldnt abort her unborn child, I had an obligation to do so as someone who cared for her. I had an obligation to her, to God, and most importantly to the unborn child, to tell her “You don’t have to abort the baby. There are alternatives. There are people who will help you.”

I Bear the Mark

For anyone who may read this who is not Catholic or perhaps not even religious I want to say that more than being a good Catholic what this poster discovered was what it meant to be a good man. Catholic, Protestant, Liberal or Conservative, None of that matters if we fail to be good people, good men and women and good husbands and wives and fathers and mothers. Life matters.