Top Posts
RIP, I am truly sorry!
Ignorant and Hopeless
I’m haunted by the what ifs
I am thinking about abortion
Homeless and pregnant
Never ending cycle of pain, deep sadness, and...
Ray
Abortion
Abortion after a Rape
Undecided
They tell you it’s okay, but it’s not
If you feel like you want it keep...
Abortion Testimonials » All Testimonials » A long road to forgiveness
All TestimonialsMen Testimonials

A long road to forgiveness 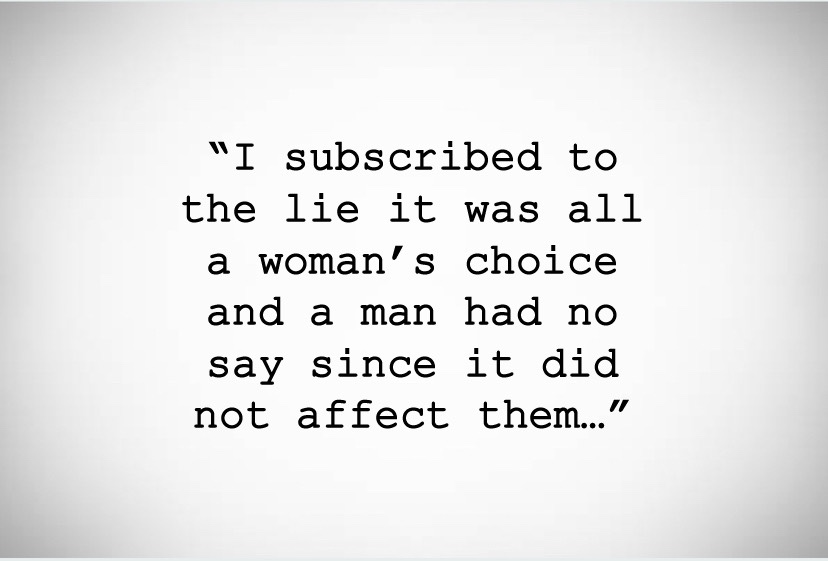 In August of 1991, I had a girlfriend who had been legally separated for 8 months. The state of Virginia required a 12 month separation before granting divorce. We were young and spent too much time in bars, then not caring about using protection because “it felt better”. She got pregnant and was scared of losing her adorable 3 year old girl, who had stolen my heart. At the time, I subscribed to the lie it was all a woman’s choice and a man had no say since it did not affect them. Wrong. I gave her the $375 for the abortion and she went with her friend to get it done. She did not want to risk being seen with me. A few days after it was over, she broke things off. Then two weeks later, I looked in the bathroom mirror and said “You murdered your child”. I wanted to kill myself and would have swallowed a gun if I had one. I was only 22. If not for my childhood best friend whom I called, I would have found a way. We talked for 2-3 hours. We prayed together and I found forgiveness from God, but not myself. I think I lasted a little over a year before I walked away from God. I met someone and got married. I never healed from that abortion and it effected my marriage. Eleven years later, I was divorced. This time I found God for real and held on, but I still had that hurt deep inside. It was not until almost 30 years later that I found a way to forgive myself, but not on my own. It took another late night of crying out to God over the hurt that I had done to my little girl. I never knew the sex, but I know it was a little girl in my heart. That July summer night, I was able to forgive myself and ask her for forgiveness. I had seen a movie where moms had named their child and wrote a card to them saying how sorry they were. Then they tied it to balloons and released them to float up to Heaven to them. I did the same. I still have an empty spot in my heart and a sense of loss, but there is no more hurt, anger, or disgust anymore.

Is all I ever think 16 years later